Wishbone Gin is double distilled and unfiltered for a fresh balanced flavour with a delicate finish.  Wishbone Gin derives its flavour from a combination of orange, grapefruit and kaffir lime juices and spiced botanicals like juniper, coriander seed, cardamom and cassia bark.

Fonzie Abbott Brewing: Established in 2011 with a vision of bringing expertly crafted specialty coffee, crisp branding and good vibes Fonzie Abbott was conceived by owner and creative director Dan Pappas. Fonzie Abbott is built around a daredevil lifestyle. They love to work hard, play hard, surf, skate and ride and aim to make beverages for any time of day. Fonzie Abbott have been quietly growing a family of cafes, bars and restaurants.

In 2017, and having covered what to drink in the morning, the Fonzie Abbott team thought, "why not follow that up with something to drink after lunch"? That began the idea of crafting their own beer and Fonzie Abbott opened Albion's first brewery in 2018, right next door to their coffee roastery. With a premise of creating craft beer that is accessible, easy drinking and of course, tastes good, Fonzie Abbott released a core range of beers in 2017. All brewing is out of Albion's first brewery and the team is now creating signature brews plus limited release craft beers, ginger beers and finally . . .  craft spirits including vodka and gin.

By: Anon on 26 December 2020
This is the nicest gin l've tried in a long time. Mixed with both lemon and lime wedges, one third quality tonic and two thirds soda. I would highly recommend.
(5)

By: Raef on 31 October 2020
Cardamom overpowers everything else in this gin. Glad I picked up a sample from the distillery and not a full sized bottle. Avoid it if you drink gin and soda, a citrus forward tonic might balance it out.
(2) 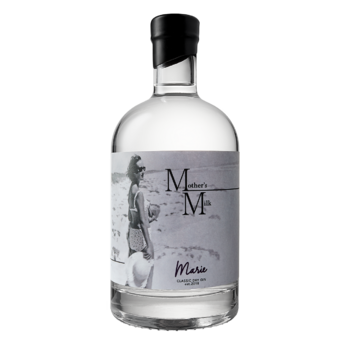