A hint of exotic spices, a touch of the orient & magic

The ancient Persian book of Kings – the Shahnameh – tells of a time when the King demanded that India send him 10,000 musicians to entertain him. They did, and the King was so pleased that he gave each musician an ox, a donkey and a cart filled with wheat so they could wander the countryside, support themselves on the crop they grew and entertain the people of Persia.

Of course, these were musicians – a group of people famously incompetent at pretty much everything except music and trashing hotel rooms. So, it was to no one’s surprise when they returned to the King a year later, having eaten through their supplies. The King, of course, was furious and expelled them to Europe. The Europeans assumed that they had migrated from Egypt and began to call them “Gypsies”, along with the usual persecution of outsiders which we’re all familiar with.

How true is this story? We have no idea.What we do know is that the name of THE GYPSY brings a hint of exotic spices, a touch of the orient and a hint of magic. Just the thing to describe our latest blend of gin.

A mid-back palate; warm and spicy comfort from exotic peppers, cumin and ginger. 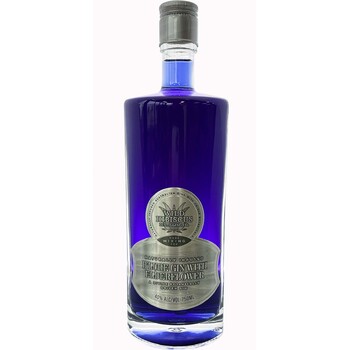