'Shamelessly fresh' is how the Santamana team describe their latest libation, Lola y Vera. Unlike the distillery's Madrid Dry duo, here the guys use an organic grain spirit (instead of grape spirit) that is, firstly, macerated with a green apple mash. The apple-infused spirit is then filtered and distilled with Macedonian juniper and the range of organic botanicals above. These ingredients, the high quality mountain water, and state-of-the-art gin stills - not to mention this outfit's distilling nous - add up to a vivacious, crisp Spanish gin of the highest order. Lola y Vera is named after the two copper still used to make this delightful Spanish creation. The botanicals: Macedonian juniper, coriander, sunflower seeds, cassia, liquorice, anise, cardamom, ginger, fresh orange and fresh lemon peel and fresh green apple.

Santamanía Distillery: The folks behind Santamanía are Javier Domínguez, Ramón Morillo and distiller Víctor Fraile. This is one of only five licensed craft distilleries in Spain and it is an absolute trail blazer that had to work through Spain’s bureaucracy for years to get their distillation license in place.  This gave the Santamania team plenty of time to work on the cra ing of their spirits. Today the three core spirits offered here are made in one-shot, single batches – distilled using the two on site, custom CARL copper stills called Vera and Lola.

Santamanía have gone to atypical lengths to control every step of the production process and to try to capture as much Spanish character as possible.  e trio source their own grape spirit – very unusual for gin producers – a base spirit distilled from Tempranillo; a homage to Spain’s tradition with the vine. Santamania’s 96° proof Tempranillo base creates funky magic when run through Vera’s copper still and rectification column, while also delivering a juicier texture than most grain based gins. Víctor Fraile’s choice of botanicals – all hand sourced and mostly from organic Spanish suppliers – further underlines the two gins’ Iberian roots. And then there’s the water – shipped from the highest geographical point in Spain, the lava caves of Mount Teide, Tenerife. It’s the purest water to be found in Spain and it combines seamlessly with the spirit. 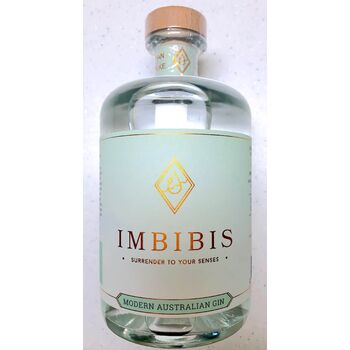 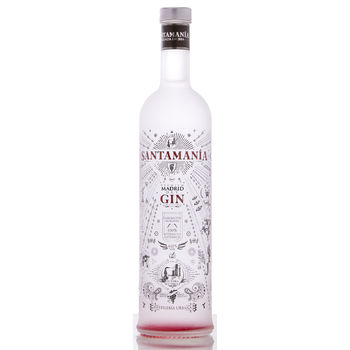