Four Pillars worked with the QANTAS Rockpool mixology team to create the second release in their Bartender Series - an Asian-inspired Modern Australian gin with softness and spice, one that is truly a spirit of Australia. Red and green Szechuan give it a lovely warm mouthfeel (a tiny bit like Neil Perry's famous numbing duck dish from Spice Temple), while the macadamia nuts give it softness and an almost creamy palate. The fresh Rose Glow apples, fresh tangelos, fresh grapefruit peel and dry native quandong add fruit and lift. Rockpool's bartenders were aiming for a gin with nice spicy complexity and mixability _ something to create a great G&T, or classic dry martini. Plus, with all that spice it also makes a spot-on Red Snapper, so next time you feel like a better Bloody Mary try one with Four Pillars Modern Australian Gin instead. 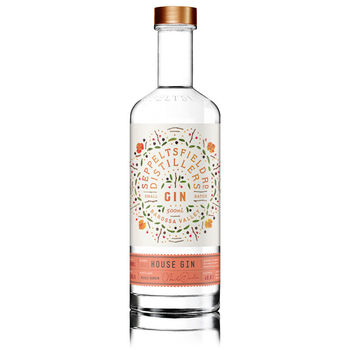