All five tea bomb flavours in one pack (2 of each)

The Midsummer Eve - Made of elderflower, lemon, strawberries and mint, this delicious combination of floral notes plus the sweetness of strawberries and sourness of lemon is sure to leave you wanting more.

The Thai Pantry - For those of you that have had the pleasure of eating in Thailand, you will understand our need to create a tea bomb named after it. This spicy mix of lemongrass, ginger, kaffir lime, and chilli is not for the faint-hearted.

The Don’t Apple-Ogise - This cocktail bursts with 3 layers of flavour. The apple is sweet yet cloudy with a slightly sour note. The cinnamon adds a hint of aroma and spice, while the orange gives you a burst of citrus zing.

The Citrus Paradisi - This heady combination of pink grapefruit, rosemary, peppercorns and elderflower will make you feel like you stepped back in time to the 1930s; where speakeasies were the destination of choice and tropical citrus was at the top of the cocktail menu.

The Don Draper - If you want to be like Don and the boys, our more masculine blend of cinnamon, star anise, cloves and orange peel is the perfect addition to your whiskey. It also mixes well with rum, especially if you’re a fan of Captain Morgan or Sailor Jerry.

The degustation package contains two tea bombs of each flavour There Will Be Blood Orange - Premium Gin & Tonic G 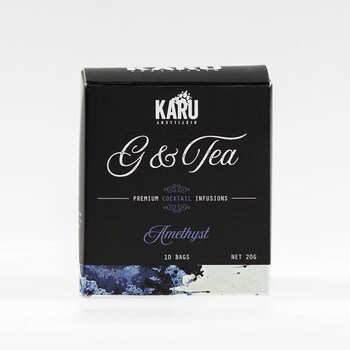